Monumental in scale, dominated by nationalistic ambitions and overwhelming with architectural details, national libraries are amongst the most symbolic icons of modern day countries. Despite the rapid digitization of print, nations are vehemently investing resources in the construction of buildings that will project their cultural legacy and house the most precious treasures of their written history.

National Libraries are a direct outcome of the establishment of sovereign countries and the emergence of national movements. The contemporary surge of library construction began in the 1990s in countries now independent after the fall of the Soviet Union, and was reinforced by the rise of new economies in the Persian Gulf and East Asia. Similar waves of construction frenzy propagated through history — first, when national libraries initially appeared in parallel with printing innovation in the 15th and 16th centuries; later in the 19th century, at the same time as the decolonization of South America, the collapse of the French Napoleonic Empire, and the Spring of the Nations; And finally, in the turn of the 20th century, when the library came to be a performative symbol of identity in postcolonial contexts. Architecturally, national libraries transformed from glorified corridors lined with manuscripts, to neoclassical palaces, to functional modern edifices, and most recently to objects of exuberant form.

The comparative nature of this exhibition highlights an exceptional and persistent formal similarity that spans across history and geography. In search of an architectural typology, we find designs that unfold the question of how nations wish to be read.

ICONS OF KNOWLEDGE includes three models and a 36-foot-long mural with approximately 40 drawings, as well as other artifacts. All materials are originally produced by Daniel Rauchwerger and Noam Dvir with Benjamin Albrecht and a student exhibition team. 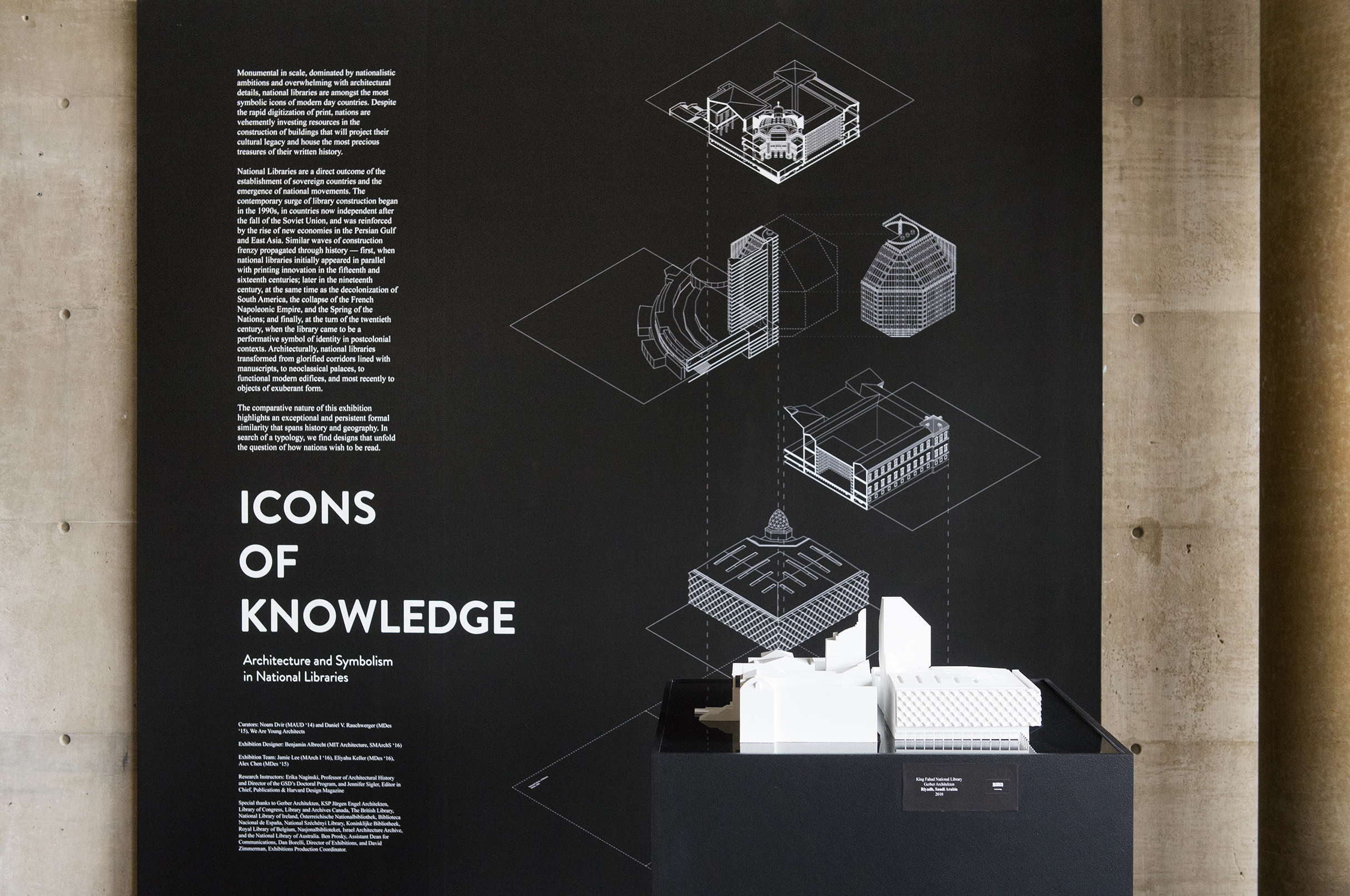 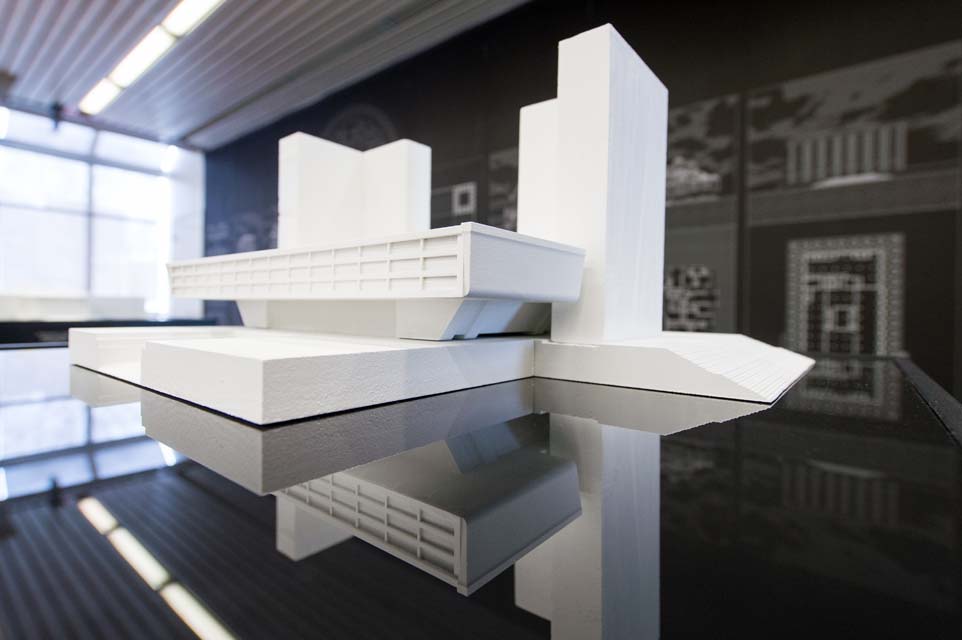 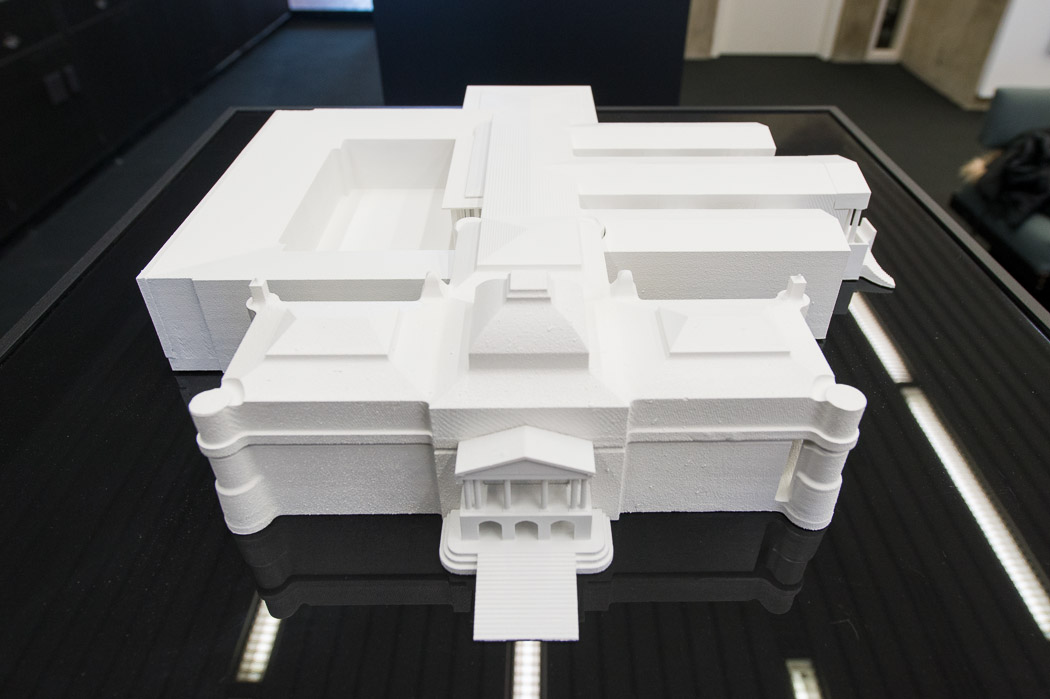 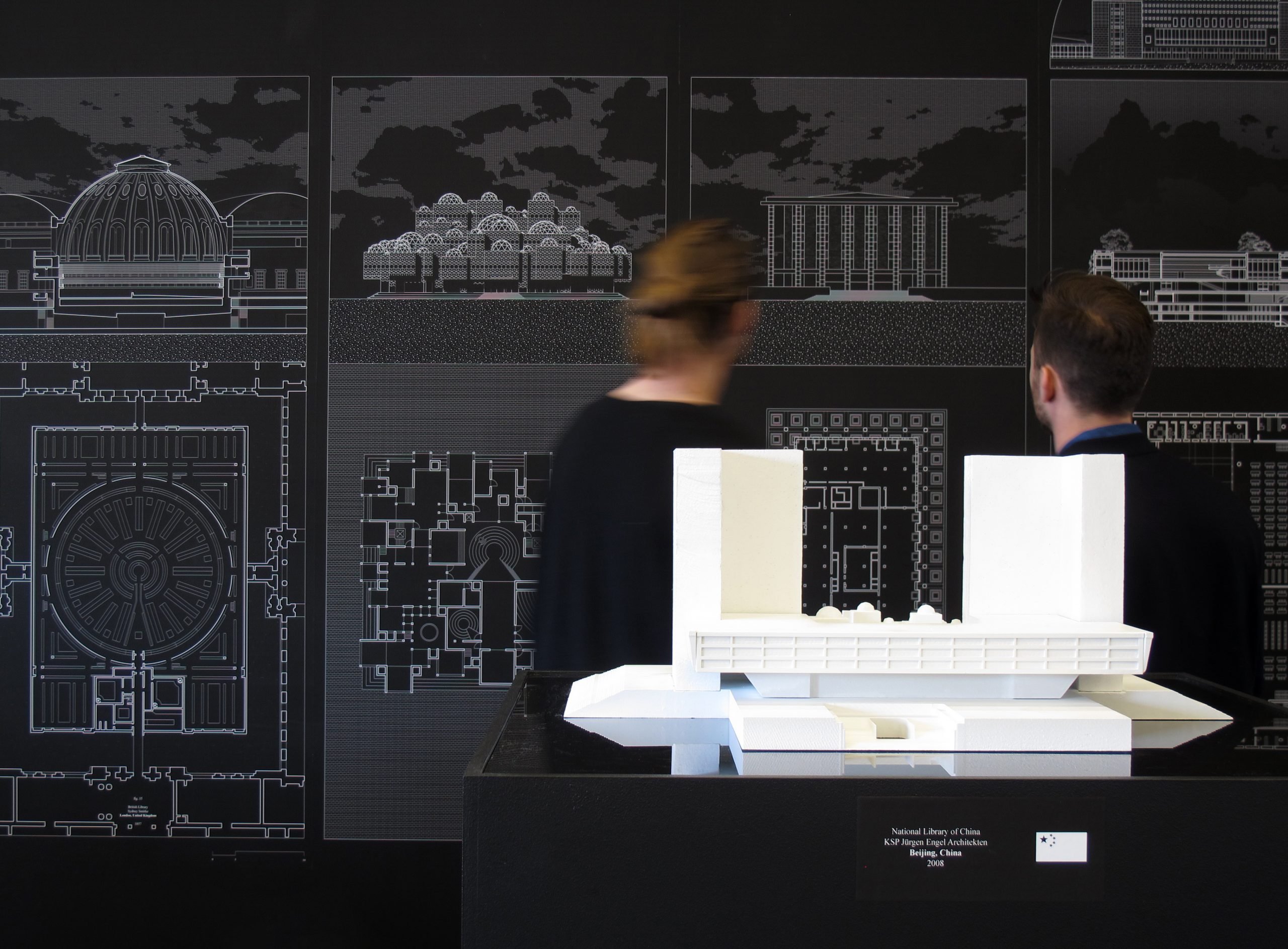 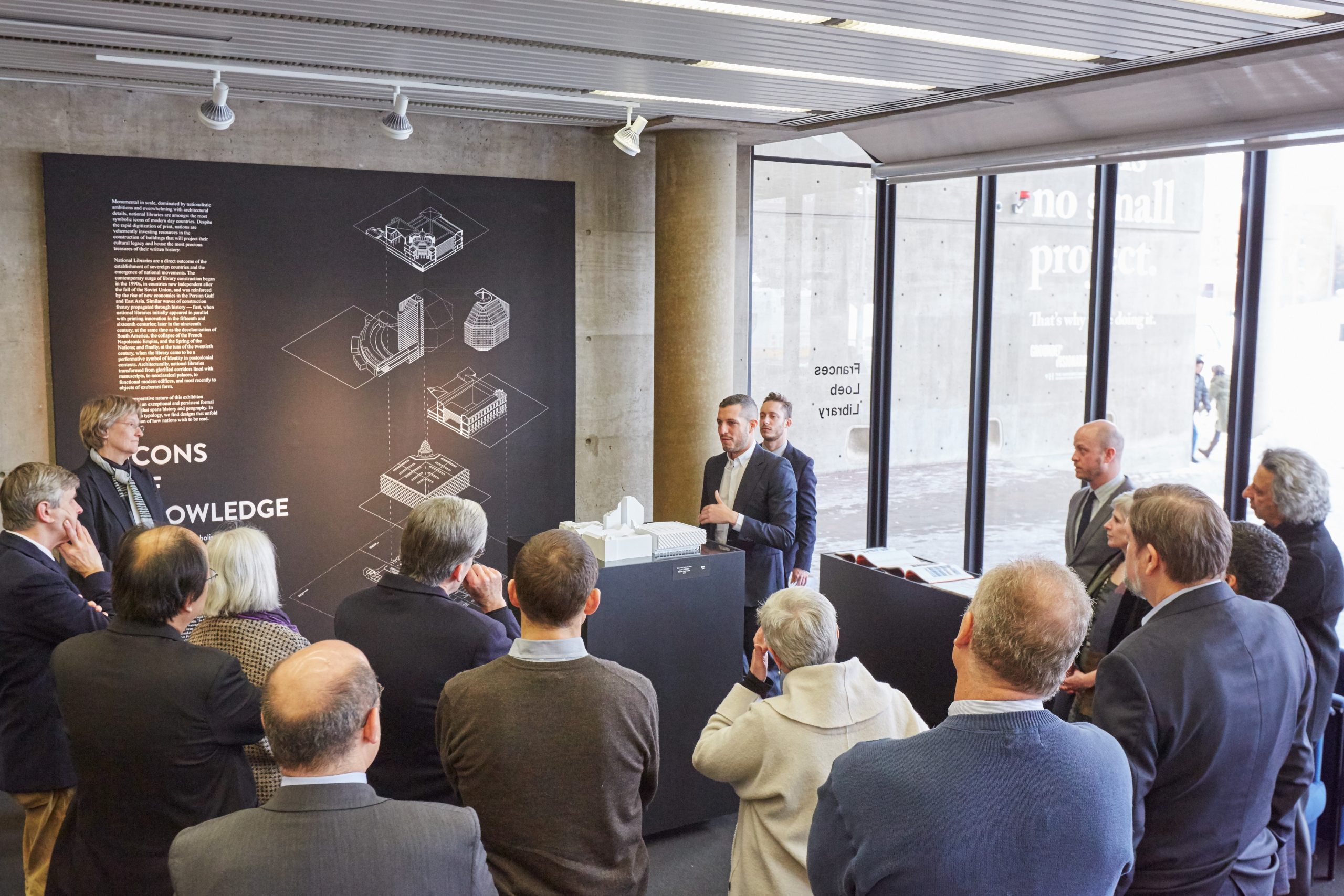